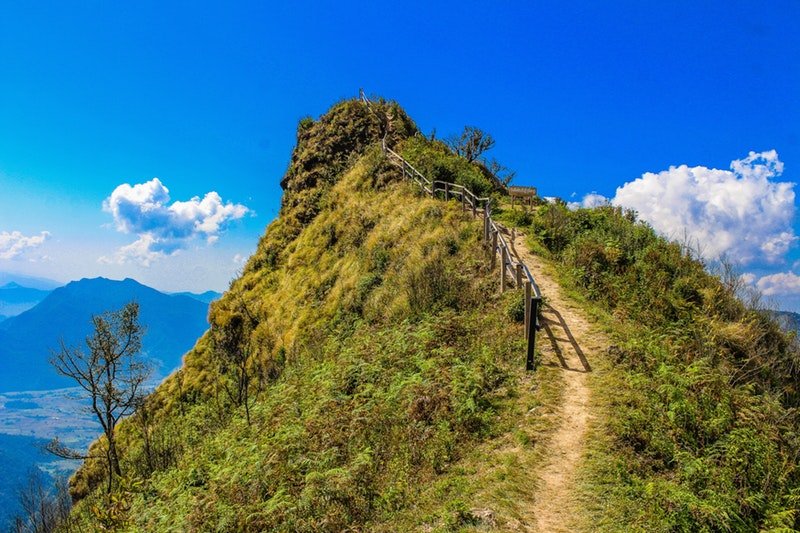 The Higher Ground Of The Cross

And when they had come to a place called Golgotha, that is to say, Place of a Skull, 34 they gave Him [a]sour wine mingled with gall to drink. But when He had tasted it, He would not drink.
35 Then they crucified Him, and divided His garments, casting lots, [b]that it might be fulfilled which was spoken by the prophet:
“They divided My garments among them,
And for My clothing they cast lots.”
36 Sitting down, they kept watch over Him there. 37 And they put up over His head the accusation written against Him:
THIS IS JESUS THE KING OF THE JEWS.
38 Then two robbers were crucified with Him, one on the right and another on the left.
39 And those who passed by blasphemed Him, wagging their heads 40 and saying, “You who destroy the temple and build it in three days, save Yourself! If You are the Son of God, come down from the cross.”
41 Likewise the chief priests also, mocking with the [c]scribes and elders, said, 42 “He saved others; Himself He cannot save. [d]If He is the King of Israel, let Him now come down from the cross, and we will believe [e]Him. 43 He trusted in God; let Him deliver Him now if He will have Him; for He said, ‘I am the Son of God.’ ”
44 Even the robbers who were crucified with Him reviled Him with the same thing.

This is a faithful saying and worthy of all acceptance, that Christ Jesus came into the world to save sinners, of whom I am chief.

Jesus was crucified on a cruel Roman Cross on a hill called Calvary. There can be no Divine Higher Ground for anyone without the experience of the cross. Through faith in His death and resurrection we come into a relationship with God. Through faith in His death and resurrection we continue in a relationship with God. It was Jesus who said we must “carry our cross and follow” Him daily. Paul, in following this teaching of the Master, said that he “died daily.” What this means is that he made a personal choice each day to follow Jesus and not his personal desires.

Is the will of God taught today? Do we as Christians seek the will of God in business, personal affiliations, work or marriage? Do we sincerely pray asking God for His will regarding anything? Doing His will is a choice to identify with the cross for His glory.